American Kenpo Karate is the term given to the fighting art created by the founder Senior Grandmaster Ed Parker.

The history of American Kenpo Karate like many martial arts has its roots in ancient oriental forms of pugilism, the exact point of origin has been lost in the mists of time prior to the Ming dynasties (1368-1644). However it is told in Chinese legends of a famous surgeon Dr. Hua T’o, credited with the discovery of anesthetic, creating a series of hand movements that imitated the actions of animals, specifically, birds, deer, tiger, bear and monkey. These were aimed to aid in the removal of tension from the body. Over time these moves were developed as a means of protection. 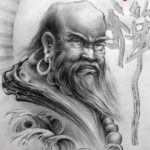 However the most widespread story of the development of the oriental martial arts is credited to a Buddhist monk called Tamo, (also known as Bodhidhram and Daruma Daishi). Tamo traveled throughout China spreading his faith to the population, he eventually arrived at the Shaolin Monastery where he found the monks unable to perform effectively during meditation due to their unease and concern at the constant threat of attack by the local warring Canton tribesmen coupled to their lack of health and fitness. He began to teach an exercise series to improve their stamina and strength, this routine of movements was known as “The Eighteen Hand Movements”. Over time these eighteen moves were increased to seventy two and then to one hundred and seventy. 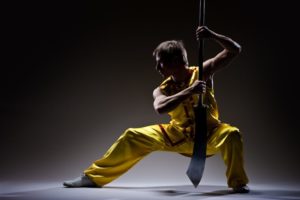 Martial arts became an integrated part of Chinese society with many family clans having their own distinctive styles of fighting, being closely guarded and only taught in secret to clan members. However as the amount of styles increased the ability to keep these fighting arts secret diminished and many masters of distinctive styles would hire out their services, this lead to the intermixing of styles from other areas and even countries. Through accident and through allegiances contact was made between martial masters from Okinawa, Korea and Japan with knowledge being given and shared, many learning what was known as Chinese Kenpo.

During the time 1609 – 1903 the Okinawa’s were practicing a style called “Te” ( meaning “hand”), at this time the term “Karate” meant “hands of China”, but in the latter part of the 19th century the Japanese changed the Chinese character to their own which in turn changed “hands of China” to the current well known meaning of Karate “empty hands”. 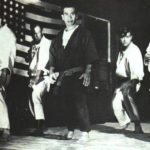 As the 19th century gave way to the 20th, the immigration of Chinese work force to the western world, predominantly to the USA, lead to the spread of oriental fighting arts. Kenpo Karate was formally introduced to the western world in 1941 by James Masayoshi Mitose (December 30th 1915 ~ March 26th 1981) calling his teaching Kenpo Jiu-Jitsu. The sport aspect of Kenpo Karate was strongly discouraged by Mitose, in his view Kenpo Karate was not a game, Kenpo Karate is purely a martial art of self defense and although similarities existed between Kenpo Karate and Boxing their philosophy were fundamentally different. The term “Boxing” in Japanese is “Ken-to” Ken meaning “fist” and To meaning “fight” therefore Kento means fist fight. Kenpo means Ken “fist” and Po means “law” hence Kenpo means fist law.

Mitose wished Kenpo Karate to become Americanised, but it was William. K. S. Chow who sowed the seed of American Kenpo Karate, having studied with his own father and James Mitose. 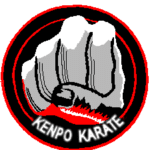 Master Parker began his Kenpo Karate journey under the tuition of Frank Chow the brother of William, continuing his training with William when Frank could not progress his training any further. After training for two years during his time at university master Parker was drafted into the military in 1951 for three years, luckily he was stationed in Hawaii allowing him to continue his studies with William Chow full time. After his establishment of the first American Kenpo Karate school in 1956, there was the formation of the Kenpo Karate Association of America, but in 1960 the K.K.A.A. became the International Kenpo Karate Association (I.K.K.A) due to the increasing migration of members to other countries.

This also created a need for alterations to the association badge, changing to the current and more widely known one designed by master Parker’s brother David over a two year period. This new badge having a much deeper meaning and significance than the original is one of many worn by Kenpoists all over the world. Our association Kenpo International was launched in 2018, this new group made up of Kenpoists from many different countries, fosters an environment of openness and sharing. We welcoming the new, look to propagate excellent martial arts and integrate new and different fighting styles.

There was also a need to find a way to gather all of these Kenpoists back together, this was achieved with the creation of the International Karate Championships (the IKC’s). Every year Kenpoists from all over the world gather together to test and teach their skills, it is today the world’s longest running martial arts gathering of its kind.

Standing for the demystification of the martial arts Kenpo Karate is built on sound scientific principals, concepts and theories, coupled with the use of a unique teaching system using m 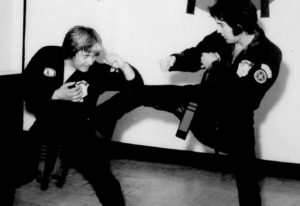 emory keys, the Universal Pattern and the Web of Knowledge, Kenpo Karate students are able to absorb information at an accelerated rate. Coupled with the principal set out in the Creed and the Pledges, Kenpo Karate’s aim is to develop a respectful, independent and individual martial artist able to extract answers to problems they encounter through the use of their American Kenpo education.

Kenpo Karate has grown to become one of the most popular modern martial arts in the world and will continue to grow, develop, renew and progress.