Combat Fusion classes are lead by a hard working and dedicated team of qualified instructors. All our instructors have many years of experience in martial arts with some even holding various World Championship titles. Our Kenpo Karate instructors and many of our students have cross trained in the russian martial art of Systema, as well as some other forms of weapons and open hand martial arts. When you choose to train with us, you can be assured that all of our instructors have a wealth of expertise and experience, which they are ready to share with you, the future generation of potential martial arts masters. We are a group of friendly and welcoming people who have a great passion for everything martial arts. We hope to meet you soon at one of our regular weekly classes!

I commenced martial arts training in 1972 at the Exeter Judo Club under the supervision of the late Mr. John “Jack” Battersby. Later on I then commenced Kenpo Karate training on April 15 1980, achieving my 1st Degree black in 1985 and my 2nd Degree in 1987, with both ranks being directly awarded by the late Senior Grandmaster Ed Parker (1931 -1990). My current rank stands at 8th Degree black belt awarded 2019.

During my Kenpo Karate career, I have also had the honour of being asked by Associate Master of the Arts, Mr. Roy MacDonald, to assist Sky TV with the voice over commentary on their coverage of the 2008 World Kenpo Karate Championships.

2015 I was nominated for acceptance into the Eastern U.S.A. International Martial Arts Association’s Black Belt Hall of Fame as Master Instructor of the Year 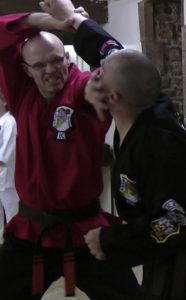 2016 Recognised  by Martial Arts Illustrated Magazine Hall of Fame for Services to The Martial Arts.

May 2017 Inducted in to The UK Martial Arts Show Hall of Fame for Contributions to Martial Arts.

November 2017 Received an award for Extraordinary Loyalty to the Martial arts for over 45 years of dedicated training and teaching. 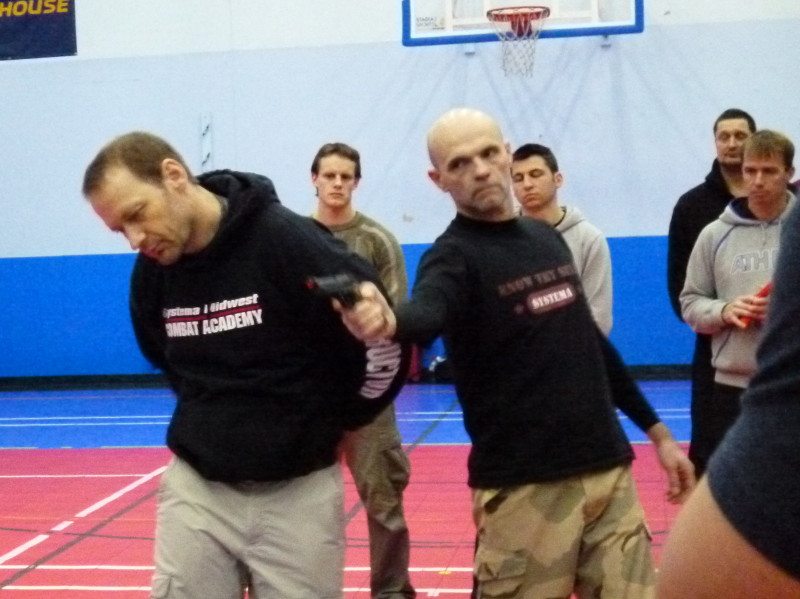 My hope for all martial arts is one of harmony, where the true martial artists can work together in openness, friendship, and mutual improvement by the sharing of ideas, irrespective of style or system.

My philosophy of Kenpo Karate is to treat it as a way of life. Being a balanced fighting discipline, using both linear and circular movements that harmonises both the Yin and Yang elements within us all, and as with life it has its hard and soft side. By capitalising upon the choreographed movements in  Kata’s (Forms) to give a cardio-vascular exercise when executed with speed and power we keep our bodies healthy, and by employing them in a slow and precise manner we can focus our minds to aid in meditation. So Kenpo will benefit both body and mind. This unique art is open to anyone who wishes to seek it out irrespective of race, creed, colour, sex, size or age. Because of the unique and modern way in which Kenpo Karate has evolved it offers many facets of many different martial arts, this is why Kenpo has become one of the leading, forward thinking and progressive martial arts.

I commenced martial arts training in 1980 at the Exeter Kenpo Karate Club, under the instruction of Mr. Mervin Ormond. 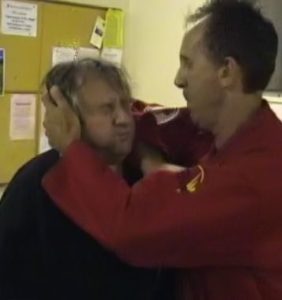 My proudest moment in Kenpo, has to be having witnessed the growth of my daughter and two sons within the art, and their rise to the rank of  Black Belt. As with all Kenpo Karate students they have worked hard to achieve these ranks and have developed friendships, confidence and a strong sense of achievement. 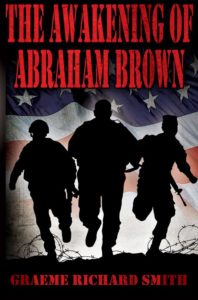 I have used my experience in this fascinating fighting art to inspire a long thought after dream of authoring books. It was my initial intentions for my first novel, “The Awakening of Abraham Brown”, to be submitted as my thesis for my Fourth Degree Black Belt evaluation. The main character of the book epitomises that of a Black Belt, as he develops an incredible power which he chooses only to use for good.  The book was also written in the spirit of the Dragon, and examines three men’s lives which are changing through a spiritual awakening, set in the backdrop of a violent war (Tiger).  The front book cover uses mainly Black and Red symbolising those who have excelled in the art of Kenpo. The Dragon represents Zen and the Tiger represents Ego.

My second novel, entitled “Agrar of the Cornish” is now awaiting publication and is set 3000 years ago in the ancient kingdom of Kernow (Cornwall). Here I have used my knowledge of Kenpo Karate to describe some of the fight scenes within the story.

I commenced training at the age of nine under the supervision of Mr. Andy Seatherton, and have continued under his tuition ever since. I have since risen to the rank of 2nd Degree Black Belt, and gained a place on the Combat Fusion School of Martial Arts Instructors.

Being responsible for the education of many children and adults in the art of Kenpo, I have found my own self belief bolstered and developed to a degree far beyond my expectations. Kenpo Karate has aided my personal growth both socially and privately, while I feel great respect for all who put so much work into their chosen art form, for I know how much work I have put into my own personal journey of discovery through the martial arts.

These days, I am currently developing a “Stranger Danger” program for the Junior members of our school. 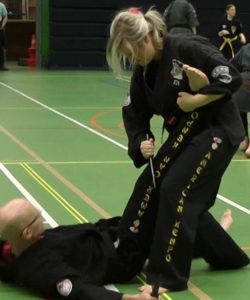