Our training group adopted the name “Combat Fusion” to illustrate the “fusing” of two exceptional fighting systems. The two systems of combat both approach the ultimate goal of self protection from opposite directions, yet both compliment each other’s individuality. These unique fighting arts are American Kenpo Karate and Russian Systema.

Combat Fusion has a history in American Kenpo Karate that can be traced back to the founder of this art Senior Grandmaster Edmund. K. Parker (Ed Parker). Our senior instructor Andy Seatherton began his journey in Kenpo Karate in 1980. Having tried many other styles of martial arts before and after commencing his study of Kenpo, all of which had very good merits, there was nothing that could match the logic and structure of Kenpo Karate. That was until 2010 when he encountered Systema, straight from the word go Andy knew this was an art that was not only a match for Kenpo, it could be a partner.

It was 5 years before a link between these two fighting styles could begin to be forged. The structured Kenpo Karate teaching methodology whilst exceptionally efficient tended to be lockable. This meant students locked their focused too much upon the syllabus required for promotion to their next level, missing out on the variable options available to them within this syllabus. Systema had none of this, no testing, no ranks, no set syllabus, just freedom of mind and body. If the teaching methods of Systema could be employed to bolster the training methods of A 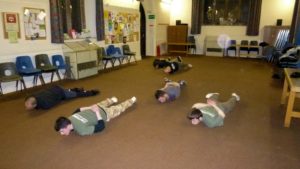 merican Kenpo, maybe the lost freedom could be unlocked here too. This is an ongoing project one that will never end, as to believe you have learnt everything means you have learnt nothing. Kenpo has been helped by Systema, but Systema has also been aided by Kenpo. Andy found that some of the Russian Systema terms used to describe their teaching concepts sometimes could not be easily grasped by Western students. There were however, many parallels in the vast Kenpo teaching database of knowledge, these could be use to clarify and give direction.

So this was the fusing of the two systems and to illustrate the encompassing of this fusion the name of our group changed from Flaming Fist Kenpo, to becoming Combat Fusion Martial Arts. 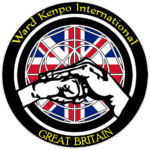 Combat Fusion Martial Arts are part of Kenpo International and Ward Kenpo Schools International, additionally Andy Seatherton is certified from Russian Martial Arts HQ by Vladimir Vasiliev to teach Systema. Our motto is “Respect – Friendship – Trust”. We respect all other martial arts and those they train in, while we instill respect within students of our own. We train in an atmosphere of friendship and offer it to anyone wishing to train with us. We understand the trust placed upon us to teach in an honest and effective manner.

Andy Seatherton supported by our school instructors Graeme Smith and Amy Morton have over 90 years of martial arts experience between them. With the further support of many other black and brown belt Kenpoists intending to continue the development of this unique collaboration of two of the world’s most effective combat forms.