An interesting quote? I think so, but you may be asking, “how does  ATTITUDE relate to self defence vs self protection and my martial art training?” If our attitude is poor then our actions will equally be as poor. So a strong and positive attitude should be our 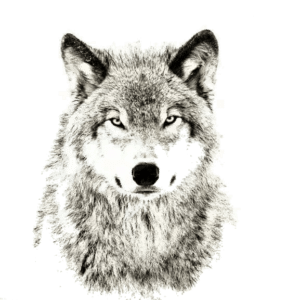 first and foremost consideration, this in turn will make for a strong & positive individual.

Our attitude to any given combat situation will guide the effectiveness our responding actions. If we only train with the attitude of ” My opponent attacks, and I react to that attack”, we are dwelling in the “Defence” Mindset. Such a mindset keeps us on a back footing only allowing us to formulate a response when our opponents provides a stimulus. This puts our opponents in control of that combat situation, and dictating the direction it will take. This is a completely “REACTIVE” position, which we should avoid at all costs. We must endeavour to be in control leading the path of the conflict, either by halting it immediately thereby taking complete control ourselves, or by allowing our opponents only the illusion of control. This may be achieved by employing the “PROACTIVE, Protection mind set”. It is this state of mental and environmental awareness which facilitates the proactive attitude. This attitude must be constant.

By assigning colours to the different states of awareness we can more readily illustrate these phases.

We should avoid being in the BLACK phase, as in the principal of “BLACK DOT V’s WHITE DOT FOCUS”, where BLACK is representative of total disregard for our environment, in this phase we are allowing ourselves to dwell in “LaLa Land”. We’ve all done this at sometime in our 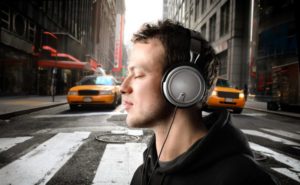 life, daydreaming, or NOT concentrating on matters at hand. This is when our vulnerability is at its highest and our guard at its lowest, an attack on our person at this time would have devastating results. We should endeavour to live our lives in a state of mental alertness, constantly aware of our ENVIRONMENT (that which surrounds us, is on us, and in us (in us being THE 5 FITNESS’ ‘physical, emotional, spiritual, perceptual, & mental). This phase can be given the colour WHITE. Here we are aware of, but not worried or concerned about, things in our environment.The AMBER phase is entered when for some reason we become aware that something is not right or is out of place, and our body begins to acquire that “Fight or Flight” feeling, we become hyper sensitive to our environment. If a conflict occurs which is unavoidable the RED phase is entered and we are FIGHTING. This colour code serves to show how a PROACTIVE mental attitude will provide us with enough warning of impending dangers and the time to prepare ourselves for combat. It also illustrates how we would find ourselves struggling to ward off an assault should we be in the BLACK phase at the moment of combat. Having to go directly from BLACK phase into RED phase would place us back into the wholly “REACTIVE, Defensive mind set”. There is however a definite need within our martial arts for REACTIVE training, as even the best of us aren’t a 100% 24-7, but practitioners should be aware not to fall back to the only DEFENSIVE mind set.  We endeavour to employ our proactive training to prevent us falling into a conflict from the word go, however sometimes such a conflict is unavoidable. When we find ourselves in a combat situation ideally 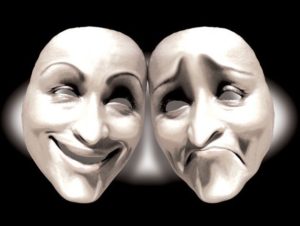 we should not create an environment that causes anxiety in our opponents. If our opponents become anxious they may quite easily react in an unexpected way that could result in us receiving an unexpected involuntary strike, our opponents may realise we have countered or stopped their attack causing them to reset and attack again in a different way. By keeping our movements subtle and our intentions hidden our opponents are left in a state of limbo, their attacks were executed to an expected extent, but the expected result was not achieved. This causes a hiatus in our opponents thought pattern allowing us time to work on them.When we are in contact with our opponents we can cause either a NEGATIVE or POSITIVE effect in them. Ideally we would like to create the NEGATIVE effect and make our opponents think about themselves thereby forgetting about us, we effectively remove ourselves from their line of thought. The emotions our opponents will go through at this time manifest themselves in several different forms, if we give these emotions labels they could be as follows..

We may at some stage require to make our opponents to take on a POSITIVE emotional state, this will cause them to make  mistakes as they are convinced of their superiority over us, this illusion can be labeled as follows…

These labels serve to exemplify the emotional roller coaster our opponents will find their self riding. These illustrations of emotional control can also be achieved by non-contact tactical methods. By the correct reading of a conflict we decide whether to…

A          Confront our opponent’s aggression with our own, the intention being to turn his POSITIVE emotional state into a

NEGATIVE one by a display of our POSITIVE mental state. This sudden shock creates the apprehension of maybe they have bitten of more than they can chew? Which in turn leads to doubt in their own abilities, or worry\concern for their safety. This hopefully stops the conflict in its tracks.

B          Convince our opponents that they has the upper hand. Giving their confidence such a boost, that the resulting overload to their POSITIVE mental state makes them overconfident, more likely to present an opening for us to take advantage of. Talk them down, all the time stating that we “don’t want any trouble”, and gesturing with hands up, open and palms toward them, hiding our abilities until they are needed . Hopefully they will calm down and the situation will defuse, but if they develops contempt for us, their ego grows and conflict looks inevitable their arrogance toward us will ultimately be their downfall.

Remember it is we who dictate the path of the conflict, being in control of our opponents and ourselves even though our assailants are oblivious to that fact.